The Wisdom of Raziel: Your Gateway to Higher Dimension 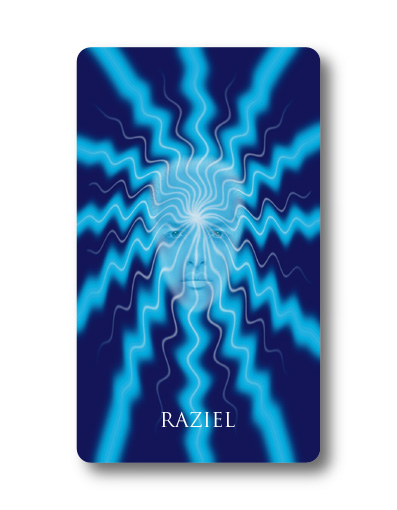 The Wisdom of Raziel: Your Gateway to Higher Dimension

I was delighted when Kim asked me to join her Guardian Gateway telesummit – it was the word ‘gateway’ that caught my attention. Angels and Archangels are ‘soul gates’ or ‘psychic portals’ that allow us to step through the boundaries of our everyday reality and experience glimpses of the humming, buzzing, vibrating Divine Energy that creates and sustains what we experience as the ‘solid’ world. In this way we can catch glimpses of profound wisdom that will support us in our everyday lives. These gateways can be found within our own hearts, and we own the keys as our birth-right – there is absolutely nothing to stop us accessing this wisdom. The more we experience the dimensions beyond these gateways, the more we realise what a narrow perspective we usually have! When we open our vision we learn to deal with our everyday issues and interactions from a place of compassion and power. This is why working with angels and Archangels will support our spiritual development big time! 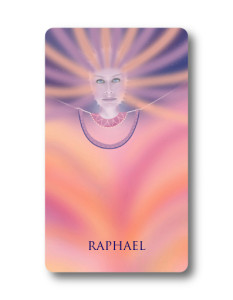 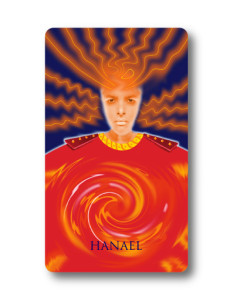 Each angel or Archangel promotes and protects an invisible structure that is part of the creative unfolding of God’s design – you could call the Archangels: ‘God’s architects’, and the ‘angels’ are the workers who organise the bricks, the plumbing and the wiring! Without the celestial workforce the universe would collapse back into pure energy! We can have no idea how many ‘employees’ there are in God’s company, but we can get glimpses of some of them, and put ourselves in the way of visions and messages.

In this way we can access the deeper wisdom of the cosmos and apply this knowledge to our everyday lives –we will improve our own lives and increase harmony and abundance on Planet Earth.

In ancient times the idea of ‘wisdom’ was not some kind of general common-sense, or kindness, but if someone was called ‘wise’ – like the famous King Solomon for example – it meant they understood how the universe works. Our word ‘wizard’ comes from the same root as the word ‘wise’ – understanding how the invisible realms are structured allows us to make magical and miraculous things happen!

Of all the Archangels who have revealed themselves to human beings, Raziel is the most mysterious, – this Archangel’s name means ‘God’s secrets. But he (or she!) is revealing more wisdom during these times of change and we can use this ‘angelic technology’ to access messages and promote healing.

Another name for Raziel is Gallizur – which means ‘keeper of the Rock’ – and mystical legends describe how Raziel stands just outside the Holy Curtain that hides God from humanity. From this vantage point, Raziel can hear God’s instructions and pass them on to humanity; it was Raziel who acted as intermediary when Moses received the Ten Commandments. Archangel Gabriel delivers powerful messages for humanity – he announced the birth of Jesus and gave the Koran to Mohamet – but Raziel’s messages function on a higher vibration. His planet is Uranus, which governs the sign of Aquarius, which is why he is the chief herald for the incoming Age of Aquarius.

The Book of Raziel

Legend tells us that Raziel delivered a book of wisdom to Adam and Eve after they had been expelled from Eden. Adam was so remorseful that he wept and prayed for three days, until God decided to give the suffering humans something to help them on their way. Raziel’s ‘book’ was a sapphire tablet encoded with cosmic information that would allow humanity to survive. The Book of Raziel contained astrological information, herbal lore, instructions for using metals and crystals and much more. We are told that the Book was handed down to later patriarchs, like Noah and Abraham. Noah got the measurements for building the Ark from the Book of Raziel. Abraham received the wisdom of the kabala from the Book. King Solomon was one of the keepers of the Book and, we are told, this was how he learned to harness the energy of the magical djinn, who helped build his great temple.

No-one can say what happened to the sapphire tablet, but eventually the information was recorded on ancient manuscripts and many, many centuries later it was put into a printed book and shared among mystics in Europe. I discovered the Wisdom of Raziel in the early nineties, when my guides introduced me to the ‘Writing of the Angels’.

The Book of Raziel contains several sets of mystical symbols which are named after the letters of the Hebrew alphabet – Hebrew is considered to be a sacred language because its vibrations represents the most fundamental building blocks of creation. In 1992, I had a past life experience in which I was the son of an astrologer in Ancient Babylon. In my memory of this time, I was prompted to recall some old writing that seemed quite mysterious at the time. I couldn’t actually see what it looked like while I was in my past-life trance, but when I came back to my present day life, I began to investigate what kind of writing was used at that time. When I discovered cuneiform, one of the earliest forms of writing which was used in Ancient Bablyon, that didn’t seem to ring a bell. It wasn’t until someone gave me a book about angels which included some strange symbols called The Writing of the Angels, that I knew I was on to something! Here is the alphabet, which is originally found in old manuscripts of The Book of Raziel.

When I gazed at these strange symbols they started humming in my mind! I had never done any channelling before but I immediately found I could receive messages for two hours each morning – from 5.00 am until 7.00 am, before I had to get the children ready for school. This is how The Angels Script came into the world. 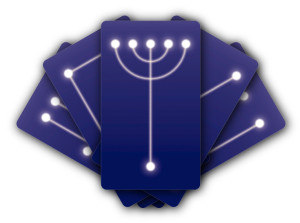 Perhaps it would be better to call this powerful tool: Raziel’s Script. But, although the 23 symbols do come from Raziel’s book, the other cards in the set show other Archangels – twelve in all. They are the twelve Archangels of the Tree of Life, which includes Raziel of course. I created the pack of cards and published them, along with the book containing all the angelic messages I had received, in 1997. A second edition was published in 2004. You can look at the Archangel images, based on my own visionary experiences, and the symbols on my website at www.theolyn.com/angelsscript/cards.

People who use The Angels Script gain great inspiration from the messages I received.

“I want to share that your Angel Scripts cards are among the most powerful I have ever used — their messages are so distinct and beautifully written and the artwork is gorgeous. To think that this was information you were specially sent from above is breathtaking.”

When they work deeply with the symbols, perhaps working through the Angels Script course, they often find they receive messages directly – the symbols starts ‘speaking’ to them without any need to reference my original messages.

But that was just the beginning of my work with Raziel’s symbols!

Another group of vibrational symbols is called the Celestial Writing. In 2001 I was called to work with these symbols and discovered they function on a higher octave which makes them ideal for healing. The Writing of the Angels (The Angels Script symbols) is good for communication and receiving messages as words, the Celestial Writing by-passes words and promotes intense vibrations that get straight to the core of our spirit. I associate The Angels Script symbols with Archangel energy (Air) and Celestial Writing symbols with Seraphim energy (Fire).

In Hebrew the equivalent word for chi or ki, is shefa – shefa means ‘everflow’ or ‘abundant blessings’ and describes the constant energy field that sustains us – and heals us when we are open to the flow. This is why the healing system I created is called Shefa Healing – and we use the Celestial symbols as vibrational remedies.

“Previously I used Reiki and Siechem healing modalities. Now I have discovered Shefa Healing I only use Shefa for my clients. I find Shefa fast and powerful, but also gentle.”

Here are three of the twenty-two Shefa symbols. You could work with these for yourself, to experience the energetic qualities they promote: 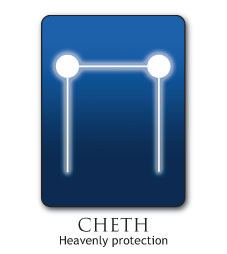 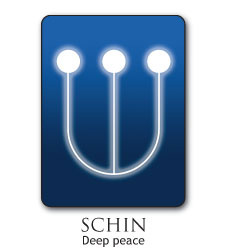 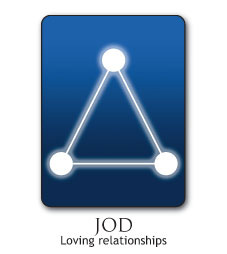 Gaze at one of them, then close your eyes and allow the symbol to come into your mind. Sit with the symbol for a short while, allowing its energy to permeate your being. Then come out of your meditation slowly and gently. You could also enroll for Access to Shefa online course, which will give you a deeper experience.

Apart from The Angels Script and Shefa Healing, I am certain that Raziel is revealing many more cosmic gifts for humanity at this time in history. Open yourself to Raziel’s energy and discover what treasures can come into your life!

Theolyn Cortens is a spiritual teacher, author of several popular books about angels, and channel for The Angels Script. She has been working with the celestial realms since 1974, when she had a spiritual opening that led her to work with angels. For her Master’s degree, Theolyn researched the history of angels from ancient times. Her Angel dissertation is regarded as ground-breaking and she is now researching modern angel-spirituality for her Ph.D. at the University of Winchester, where she will be convening the first International Angel Symposium in 2014. In 2000 Theolyn set up SoulSchool to help people develop their connection to the angelic kingdoms. In 2006 she introduced a new healing modality: Shefa Healing, which uses ancient angelic symbols to promote balance across the four bodies: spiritual, mental, emotional and physical.

Find out more at http://www.theolyn.com/