A Little Light on Unicorns 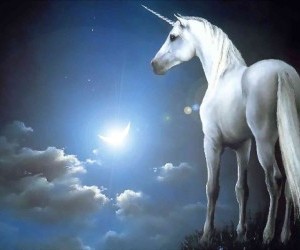 A Little Light on Unicorns

Many years ago a young man told me that as a child he and his sister had seen a unicorn while they were playing in the woods. Their families were skeptical and friends laughed but nothing could shake their conviction of what they had seen or the incredible joy they had felt. He said it had profoundly affected his life. I was really pleased to hear his story but did not think any more about unicorns.

Then about three years ago I was relaxing in my garden when one appeared, a pure white horse with a spiralling horn of light pouring from his third eye. He impressed on me that, in response to humanity’s prayers for help, unicorns are now returning to Earth to help us.

Unicorns are seventh dimensional beings, ascended horses. They are of the angelic realms and part of the web of light, which serves our planet. In Golden Atlantis they were constantly present and visible to the people. Since the fall, however, they have been considered mythical creatures, a figment of the imagination.

Unicorns are etheric creatures, magnificent white horses, whose third eyes radiate light, in the same way as an angel’s wings are the visible light from their hearts.

How can unicorns help you?

They represent purity, aspiration and idealism and are here to teach you qualities of honour, self worth and dignity. Most of all they trigger your innocence, your original divine essence to help you attain the blueprint of who you truly are. Karma melts away in their presence.

Unicorns are bringing back hope and reawakening our psychic gifts. They can heal by reconnecting people to their spirit.

When a unicorn directs the light from its horn into your third eye it starts to open you to enlightenment. Each time you think about or talk about a unicorn, it wakens an energy within you that aligns you to higher frequencies. This is why it is so exciting that unicorns are appearing as toys, cards and ornaments. I bought my granddaughter a bicycle and had to smile when she chose one with a unicorn picture on the saddlebag!

Hold a vision for the greater good.

If you have a vision for the greater good, unicorns will work with you. Because they are of such a high frequency they help you to achieve qualities of beauty, grace, healing, joy, peace, transmutation and clarity. Then as your project for the light progresses their energy gives you the charisma, determination, focus and dignity to carry your idea forward. When you are working with a pure heart for an ideal beyond your little self, they can make your wishes come true.

Nelson Mandela was touched by unicorn energy while he was in prison, to help him maintain his vision and his dignity. Bob Geldoff received unicorn assistance to draw attention to the needs of the starving millions. Jamie Oliver was encouraged by unicorn energy when he single mindedly transformed our attitudes to school dinners. Many of those changing and lifting the world right now are influenced by a wave of unicorn light.

Because they are of the angelic kingdom, unicorns, like angels, leave a little white feather as their calling card. When you see one in front of you or one floats gently past you, think of the unicorns.

How to connect with a unicorn

Unicorns love nature and beauty, where the veils between the worlds are thin. When you walk in the countryside or sit peacefully in your garden, quietly call one to you. You may feel or sense its presence.

They come to groups where the frequency is high and touch them with their extraordinary light. Recently a skeptical businessman friend of mine felt the unicorn energy calling him to change the direction of his business and make it spiritual. I spoke to him soon after and he said a whole herd of unicorns was working with him.

Before you go to sleep at night do ask a unicorn to connect with you. They will take your spirit into the higher dimensions for education, healing, love and enlightenment.

Diana Cooper is well known for her spiritual books and workshops about Angels, Archangels, Ascension, Orbs and Spiritual Laws. Her books include; Angel Answers, Angel Cards, Wisdom Cards, A little light on Ascension, A little light on Spiritual Laws and many others. She works with her guide Kumeka and has inspired thousands of people to connect with their own angels and guides for healing and transformation. She is the Principal of the Diana Cooper School.
http://www.dianacooper.com